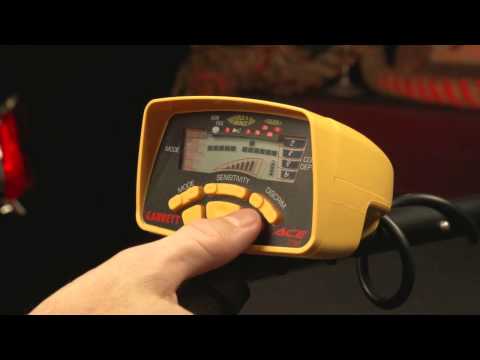 Includes $12 in FREE Accessories!
Best for

Included items
this products includes a set of accessories listed below, worth $12.98
Product Description

The Garrett ACE 250 Metal Detector is a great metal detector for beginners and experienced hunters alike. This 2.7 lb detector operates at 6.5 kHz Frequency and comes with the 6.5x9" PROformance search coil, making it great for hunting old coins, jewelry, relics, artifacts, buried treasures, and other valuables. Reviews of the ACE 250 indicate that detectorists will benefit from the Digital Target ID, Sensitivity Control, and rugged body, allowing you to hunt for hours without interruption.

With 40 years of engineering prowess behind it and a head-turning, sporty, outdoor design, the Garrett ACE 250 Metal Detector machine was made to perform for the 21st century treasure hunter.

Loaded with full-range notch discrimination, pinpoint feature, graphic target ID and touch-n-go technology, the Garrett ACE 250 is the one of the best all around metal detectors in its class. It also comes with a graphic target ID cursor with 12 element GTA notch discrimination of greater accuracy, "Coin Depth" Mode, Tone ID, 8 Sensitivity Settings, 5 pre-set hunting modes, and the most advanced LCD graphic screen for quick and easy visual target ID.

The Garrett ACE 250 is the most desirable machine of its kind on the market. It's brawny, rugged good looks even inspired Garrett to design the ACE Series accessory line. Everything from bags, caps, and hunting aprons, to digging tools and visors, and earphones - you can be the treasure hunting Ace you were destined to become!

See All Accessories
Testimonials
Curtis W. Caldwell, Texas US
I don't think you can improve any more! I only wish, that everything I have ever purchased was this easy and fun.
Anthonoy C. Port Richie ,
After receiving my new machine, the next day I took it out and the very first signal was a gold ring.
William . Long Beach, California US
A friend introduced me to detecting and hunting. I always look for the best company, best product, and best price. After I did my research I spoke to...