Memorial Day Savings:
Up to 65% Off 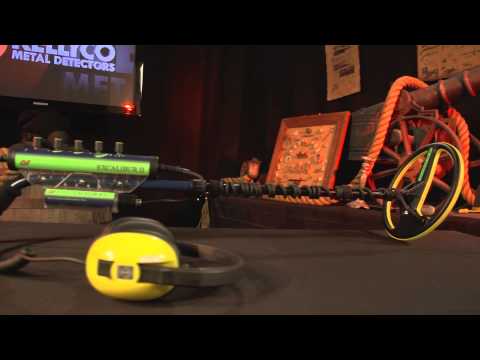 Often Called The World’s Best Underwater And Beach Detector...The Excalibur Series features Minelab’s unique BBS multiple frequency technology, giving you the performance to find more targets, more often. The unique design of the new Minelab Excalibur allows you to use it effectively in or out of the water. Whether working the beach, wading at any depth or diving on a wreck, the Excalibur will perform every time.

Minelab’s unique easy to use Multi-Frequency technology with Automatic Ground rejection makes the New Excalibur II the ideal machine to work in difficult beach, land and underwater conditions. Excalibur II advanced technology provides for seamless transition from dry to wet sand. The Excalibur II series is fully submersible to depths of 200 feet, and it features a staggering 17 frequencies to find more coins, rings, and treasures buried deeper than ever!

The Excalibur II series is fully submersible to depths of 200 feet, and it features a staggering 17 frequencies to find more coins, rings, and treasures buried deeper than ever!

Bill Myers has been metal detecting for 35 years. Well known as one of the most experienced beach hunters and host-instructor on a series of new DVD's on Metal Detecting Florida (or any) beaches; he says:

"If you are on an unlimited budget and want the ultimate beach water detector,the choice would be the Minelab Excalibur II. The Excalibur II is one of the most desired water-proof detectors in the market. It is water proof to a depth of 250ft and works well with dry sand, wet sand, and water. It works well in salt and fresh water as well. The Excalibur II is higly rated and preferred by many professional metal hunters. I use an Excalibur detector just about everyday and its definitely my favorite detector."

The Iron Mask Feature is exclusive to Minelab detectors and makes signals from iron trash non-existent! Only signals from good targets are strong and clear, at depths that are almost beyond belief. Recognizing a valuable target that is near a piece of iron can be a problem for all conventional metal detectors. If the detector is set to reject the iron under a variety of mineralized ground conditions, then it is likely to reject the target also. For example: A coin buried near a nail will be passed over by many detectors. Because of its 17 frequencies, the Excalibur II is exceptional at distinguishing between nonferrous, good targets and the ferrous, iron trash. In the discrimination mode the iron mask feature allows you to locate good targets among ferrous junk.

Multiple Frequency Detectors are Simple to Use and Operate

Multiple Frequency detectors like the Excalibur II series are simple to operate - as easy, if not easier, to use than single frequency detectors. Turn it on, set the controls, and start searching for coins and treasures. The Excalibur II Metal Detectors do ALL the work! A microprocessor translates target signals and removes interference caused by ground mineralization (which ordinarily limits the depth at which targets can be found) and often results in inaccurate target identification. The remaining signal is then analyzed to determine the actual composition of the targets even if the ground is heavily mineralized. This gives the detector user the very best opportunity to recover more coins, rings, relics, treasure, etc. Why settle for coming home with 10, 20, or 30 coins when you can just as easily recover 100, 200, or 300 coins in the same amount of time!

Searching with the Excalibur II is like having 17 detectors in one control housing, transmitting over a range of 1.5 kHz to 25.5 kHz in 1.5 kHz steps. All frequencies are transmitted together at one time. Imagine being able to find gold or silver rings, necklaces, bracelets, medals and medallions, in addition to the thousands of deep coins that have eluded all single and dual frequency detectors. The Minelab Excalibur II with its Multiple Frequency technology gives you the edge to slash through difficult soils and high salt concentrations. Designed with an Iron Mask which gives you the edge for hunting in areas littered with trash and nails and still pick up gold and coin targets. Excalibur II is the first underwater detector with 17 separate frequencies to operate simultaneously and have multiple tone response to help you recover many more coins, rings, and treasures than any other similar detector! Detectors with only one or two frequencies miss a lot of great targets - leaving them for you to pick up with your Multiple Frequency Excalibur II detector. You will find MORE valuables, and find them DEEPER! At the end of the day, compared to other detectorists, you will be the one coming back with the majority of coins, rings, and jewelry!

See All Accessories
Testimonials
Mike Maurice, Louisiana US
Came as advertised and in time.
Carl L. Umatilla, Florida US
I have been a customer of Kellyco since the 80's and their customer service has always gone above and beyond outstanding! The staff really goes out...
Brian C. Waterville, Maine US
Garrett's AT Pro has put in some work for me; in two years I think I've changed the batteries maybe three times...that's with heavy use. The costumer...