The sun is shining and detecting deals are heating up!
Shop All Spring Bundles 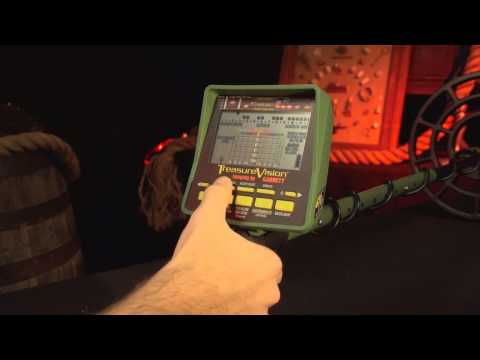 Includes $40 in FREE Accessories!
Best for

Included items
this products includes a set of accessories listed below, worth $40.97
Product Description

When you find a coin, the GTI detectors will tell you what kind of coin it is: a penny, a nickel, a dime, a quarter, a half dollar, or a dollar. The GTI 2500 lets you sift out the trash and concentrate on the treasure, making the hunt far more productive than with any other detector manufactured! This is possible thanks to the secret ingredient in the GTI series exclusive Digital Signal Processing (DSP) chip. With some detectors it’s impossible to know whether a detected target is junk or treasure until you dig it up. Because different targets share similar conductivities, detecting what you think is a quarter may well be an aluminum can. The GTI 2500 TRUE size and depth technology enables you to determine whether a detected target is junk or treasure. Dig no more aluminum cans! Garrett’s GTI detectors are the only detectors in the world that provide true size and depth.

Here at Kellyco, we practically wrote the book on Garrett’s GTI 2500. From the very first day the 2500 come off the production line, Charles Garrett personally trained Stu Auerbach (Kellyco President) on all the features of the detector. Stu in turn trained his Test Team members who all "fell in love" with the 2500, which has remained a favorite to this very day. Thousands of hours of in-the-field use with the GTI 2500 has made all of our Test Team and Certified Detector Salespersons true GTI 2500 Experts.

Garrett's GTI 2500 Pro Metal Detector brings together more than twenty-five years of research and innovation into an almost-automatic device that is easy-to-use and quick to tune. The GTI 2500 is powered by an on-board DSP chip which provides the ability to detect targets buried deep into the earth and a graphic identification readout that most other devices simply cannot match. The One-Touch Treasure Hunting feature of this metal detector makes it a breeze to power on, change settings (custom and factory), as well as make adjustments for ground mineralization.

Garrett has pulled out all the stops for the GTI 2500 and includes features that are absolutely brand new to the art of metal detecting. Users can now measure the size of any buried metal in the ground with the help of the Imaging feature on this device. In the past, hobbyists and professionals would have to dig to accurately determine an object's size. Now, all the user has to do is use the GTI 2500 like they would any other normal metal detector and it will provide the size and the depth of the target.

The Treasure Vision Screen on the GTI 2500 can tell the user exactly what they located even if its a pull tab, drink can, a coin or something much more exciting. The Digital Signal Processing (DSP) chip allows the device to determine the most common types of coins buried beneath the dirt. Pennies, nickels, dimes, quarters, half-dollars and dollars all show up on the panel display.

By looking at the image to the left for the GTI 2500's panel display, the size of the object is determined by a letter's place in the alphabet. A to B is coin-sized, C is anything larger than a coin, D is a typical 12 ounce drink can and anything larger than a 12 ounce drink can is labeled as E. This display panel is perfect for a user who doesn't want to waste time picking up trash and is only interested in finding things of value.

Since the GTI 2500 is head and shoulders above its competitors, it is important to note that this metal detector is the great for going back over places that had been previously hunted out. The DSP technology on the GTI 2500 boosts detection depth to 20%, adapts to the users hunting speed and includes ground tracking. A twenty-eight frequency metal detector isn't able to able to target everything that the GTI 2500 can with one strong frequency. The Treasure Hound Depth Multiplier finds larger items at the greatest possible depth of 18 feet while ignoring the trash. The Eagle Eye front coil provides extremely accurate pinpointing and smaller object detection. That's why its the number one choice for treasure hunters who want to be able to "check the work" of novice hobbyists who may have missed something.

The 9.5" and 12.5" search coils that come with the GTI 2500 are some of the most advanced offered by any manufacturer to date. The Imaging technology that graces the GTI 2500 is included in these coils as well. That means the user can search for targets at a greater depth than ever before and, with the Power Mastery circuitry, the detection depth is increased by a whopping 20%!

Long time treasure hunter and personal friend of Mr. Charles Garrett, founder of Garrett Metal Detectors, Bill Welch tested the GTI 2500 as a favor to Mr. Garrett for an ongoing product evaluation field testing program and product evaluation. In his time, Mr. Welch has owned 27 different metal detectors which makes him uniquely qualified to give an opinion on this state of the art detector. During his first test run at a house foundation in Arkansas, Mr. Welch recovered a large cache of coins including dimes and nickles from the mid-1800s. Of the GTI 2500, Mr. Welch called it a "very smooth operating detector. It is stable and quite easy to use even for a beginner. I had some younger friends accompany me one day and one of the women was able to operate the GTI with ease. We hit a few parks and found quite a few coins, silver and deep ones among them. The GTI is an excellent detector for both the beginner and experienced hunter."