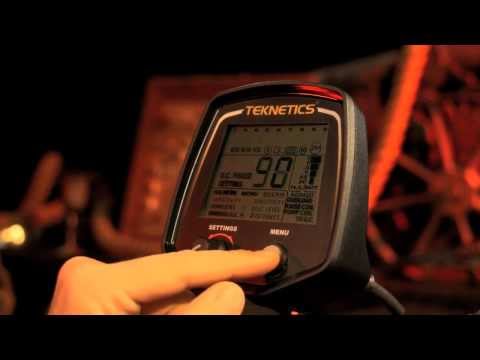 Already a premier detector, renowned for its target separation capability and performance in iron laden sites, the T2Ltd just might be the deepest seeking detector ever. It has pulled targets from unbelievable depths, in areas already spanked by just about every detector, including the heaviest most expensive multi-frequency models. The T2Ltd finds targets that other detectors can’t touch! Combining this light weight detector’s lightning speed with new extreme depth makes the T2 the best detector ever made. It will out-hunt any other detector.

Did you know? The Teknetic’s Powerful T2 is one of the most sensitive and sought after metal detector for finding gold nuggets in other parts of the world! As it turned out, the new T2 was so good at finding gold that it was almost unattainable due to overwhelming demand. The factory simply could not supply the T2 in that large of a volume! If you are looking for a metal detector that can easily find Gold nuggets rings, deep coins and relics at incredible depths, this is the detector to buy.

Metal Detecting to the Next Power

Teknetics® T2 Limited with the unique multi-mode operation gives you the simplicity of greater depth and discrimination ability to eliminate unwanted metals. Finds only treasures - not junk!

The sheer power of the new boost mode is unbelievable! While the T2 goes to extraordinary depths, the new T2Ltd redefines deep again. Already a premier detector, renowned for its target separation capability and performance in the iron laden sites, the T2Ltd just might be the deepest seeking detector ever. I have pulled targets from unbelievable depths, in areas already spanked by just about every detector, including the heaviest most expensive multi-frequency models. The T2Ltd finds targets that other detectors can't touch! Combining this light weight detector's lightning speed with new extreme depth makes the T2 the best detector ever made. It will out-hunt any other detector." - Mike Scott, Director of Sales, First Texas Products

Teknetics® T2 Limited Start using your T2 Limited right out of the box. No need to learn programming, engineering or anything other than turn the detector on, set 3 easy functions and you're ready to start metal detecting for treasures. The T2 Metal Detector is easier to learn and use properly than other comparable metal detectors. Its combination of lightweight and balance provides comfort unmatched by any other detector in its price range. Its most popular uses include coin-shooting, relic hunting, and gold prospecting.

Teknetics® T2. A high-performance multi-purpose professional grade metal detector, utilizing the very latest advances in electronic technology. An advanced design of mechanical features of the T2 Limited take it far above the ordinary into a class all its own. Exclusive features such as 2 way adjustable armrest, pistol grip with hand conforming ability and multi-featured combo stand, all make the T2 Limited years ahead of the competition. This is a strong - well built metal detector using structurally sound lightweight space age material to enhance your detecting enjoyment. No more sore arms, no more switching hand to hand. Lightweight at only 3.6 lbs including batteries. The T2 is a well-balanced, responsive and easy-to-use metal detector with an ergonomic design for hand, wrist and arm comfort. Excellent target separation with crisp, smooth target feedback.

Biaxial™ Search Coil - Metal Detect at the Next Level

Part of the "Secret of Success" is the revolutionary NEW BIAXIAL™ search coil. Here is a totally new search coil that penetrates all soils deeper than ever before. Soils that resisted other detectors and other search coils, such as high iron-mineral soils, conductive soils and salt-water beaches are now able to be penetrated to give up all their hidden treasures that have yet to be found. This dynamic innovative 11-inch Open Frame Biaxial Search coil is super sensitive and detects coins to 15 Inches, and as a BONUS the screen identifies your target (coin, ring etc.) and Tone I.D. also identifies your target. You know what's under the coil BEFORE you dig!

Don't let the low price fool you. This detector is a quality treasure finder that will locate many items that have been lost or hidden. Backed by an outstanding 5-year warranty makes this a "Valued" buy!

See All Accessories
Testimonials
Charles S. Harlingen, Texas US
Received my purchase via FedEx. Excellent delivery.
N. E. Bay Shore, New York US
I was notified as soon as my item was in stock to order. I was able to get my item before Christmas!! Very happy customer!!!
michael g. jeffersonville, Indiana US
I was amazed that both of my orders for metal detectors and goodies over the last month were each delivered in just two days. They arrived as...