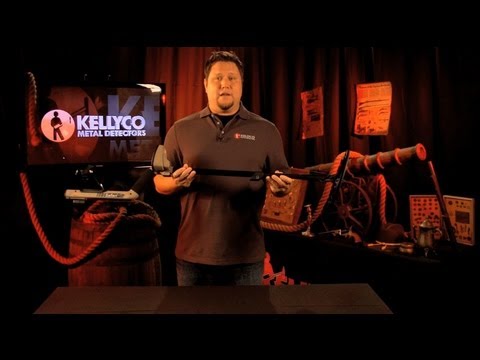 Astounding Performance! - Affordable Price! While most metal detectors on the market operate at one or two frequencies, the Minelab Safari features a Full Band Spectrum (FBS) of 28 simultaneously broadcasting frequencies. That’s like having 28 different metal detectors all searching for silver coins, gold rings, and hidden caches, at the same time. The Safari offers advanced automatic ground compensation for virtually all soil conditions, as well as automatic noise canceling for stubborn electromagnetic interference. With 51 linear discrimination points, the Safari gives you exceptional levels of control over what you’re looking for and makes iron trash a thing of the past. All these features and more ensure you’ll be digging crystal clear signals on better targets, deeper and more often. It doesn’t matter if you’re a beginner or a life-long coin shooter, the Safari’s best-in-class performance and out-of-the-box ease of use make it the perfect detector you.

Get More for your Money! Get Not 1, Not 2, But 28 Frequencies
Searching for Treasure the Very Minute You Turn it On

Minelab's latest and greatest metal detector is the all new, Full Band Spectrum (FBS) fueled Safari! Same great 28 multi-frequency technology used in the E-TRAC and Explorer SE Pro. Featuring four pre-programmed detection modes and four programmable user modes, the Safari is easy-to-use while continuing Minelab's reputation for being cutting edge! Advanced, digital filtering will automatically eliminate and influence the ground signals for seamless detecting no matter what your field conditions may be!

Enter the world of Full Band Spectrum (FBS) technology with Safari. 28 frequencies bombarding the ground with signals ranging from 1.5kHz to 100kHz!

Minelab metal detectors have a well earned reputation for rugged construction and excellent performance in finding all types of treasure on land, beaches and in shallow water!

With its High Trash Density setting, Target IDs and audio tones are updated when sweeping over closely spaced targets FAST! This improves the recovery of deeply buried high conductivity targets in a trashy environment and allows you to more accurately identify the type of target found.

Accurate and easy-to-use. Press the pinpoint button and watch the Safari zone in on the precise location of that precious target.

With four pre-programmed detect modes you may choose from; Coin, Coin & Jewelry, Relic or All Metal. Each mode contains optimum settings for identifying the characteristics of preferred targets.

See All Accessories
Testimonials
Mike n. Glenwood, Iowa US
Best coil I’ve ever! Don’t have one? Get one!
Lloyd M. Pierson, Iowa US
Fast shipping and a great product.
James C. FAIRPLAY, Maryland US
As always, Kellyco comes through with quick, reliable and accurate order delivery. A pleasure to deal with in an increasingly unreliable world!

Show All Reviews
Questions and Answers
You May Also Like
Shop By Manufacturer
Bolt Checkout
Sorry, but something went wrong. Please contact the seller.
x