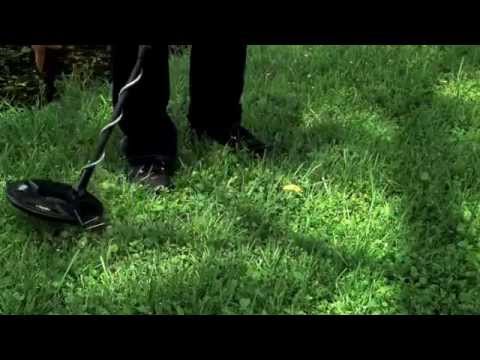 White’s Bullseye TRX is the perfect companion to your metal detector. Locate valuable coins, rings, jewelry, gold and relics! When you’ve located a target and dug the hole, use the Bullseye TRX Pinpointer to precisely "pinpoint" the target. No tuning. Completely automatic. Powerful LED light illuminates target areas when the button is pushed. Powered for up to 20 hours on two AA batteries or a single 9-volt battery. The Bullseye TRX’s area of detection is concentrated around the tip, making it easy to zero in on the target. This feature along with the ones below makes the Bullseye TRX the most complete pinpointer on the market.

Additional resources
Testimonials
Dale S. Durham , North Carolina US
Bought the 15 inch coil for my 800 went to a place that we have detected many many times,1st time out 2 silver dimes and a silver ring. Love this....
Juan A. Chicago , Illinois US
My purchase was delivered on time, device was well packed and works great, as it should, ready to use it on my vacations. One more time Thanks...
Randy N. Hoodsport, Washington US
Great service by Kellyco for a fantastic product and a life time of fun.

You May Also Like
Shop By Manufacturer
Bolt Checkout
Sorry, but something went wrong. Please contact the seller.
x